After I’ve been to Paris two weeks ago I flew directly to Stuttgart for a blogger weekend organized by Stuttgart Marketing. I had an awesome weekend with a lot of culture accompanied by Angelika (Musermeku), Anke (Kulturtussi) and Andrea (snoopsmaus). As we seen and did so much I decided to write at least two articles about it to avoid an information overload.

If you’re looking for a perfect night in Stuttgart I highly recommend a visit to the opera there. It was awarded “Opera house of the year 2016” just recently by the way. I am a big opera lover and I am very thankful we had the chance to see “Faust” there on our first evening. The opera was built 1909-1912 according to plans by Max Littmann and it’s a beautiful building.

In Stuttgart Charles Gounod’s opera “Faust” was last seen in a production in 1952. Frank Castorf, one of the most famous directors of the present theater, brought it back on stage now in a very impressive and contemporary way. It’s also his debut as a director in Stuttgart.

The musical direction is in the hands of Marc Soustrot. The stage is designed by Aleksandar Denić, Adrian Braga Peretzki is responsible for the costumes. Both combine a long-lasting and highly successful artistic partnership with Castorf; the trio worked on Castorf’s new production of Wagner’s Ring of the Nibelungen at the Bayreuth Festival for example.

The new production of Gounod’s Faust is top-notch: In addition to Iris Vermillion as a guest in the role of Marthe debut the Stuttgart ensemble members Mandy Fredrich as Margarethe, Atalla Ayan as Faust, Adam Palka as Mephistopheles and Gezim Myshketa as Valentin. And I have to say I fell deeply in love with Adam Palka’s version of Mephistopheles. You just have to adore his way of representing the devil and his way of seducing old Faust in the beginning.

In the middle of the 19th century the French were fascinated by the Faust legend. There were stirring all kind of plays based on Goethe’s drama. Charles Gounod followed this trend and in 1859 composed an opera that focuses on the love story between Faust and Gretchen. Faust is not a scientist who knows about human possibilities but a lonely old man in search of love. It’s about enjoying life and luxury. In Gounod’s version the figures of Gretchen’s brother Valentin and Faust’s student Siebel get more weight. He basically created a dramatic love story.

Frank Castorf moved the opera into the 1960ies of the 20th century. While the original opera is about the Paris Commune, it is the Algerian conflicts that provide the historical background for the story now. Castorf relates this to the current situation and makes it clear that the world is not only about the individual destiny, but that everything is interwoven. The whole story takes place around the Stalingrad metro station and the stage design which sits on a moving platform and changes while the play is going on is just phenomenal. Castorf expands the space around the opera with verses by Rimbaud and a lot of surprising details.

I loved it and enjoyed the evening a lot. It definitely reminded me of the fact that I have to attend the opera more often!

After the play we were invited to the backstage area of the house and it was very interesting to the costumes and the painting hall. A big thank you to Christoph Kolossa for that! 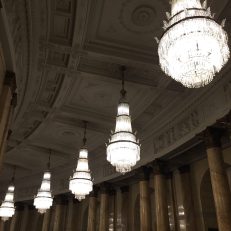 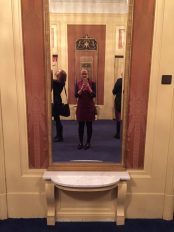 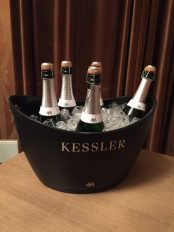 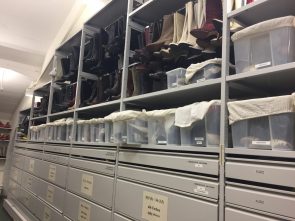 A perfect night in another city wouldn’t be perfect without an awesome place to stay. We were lucky that we were invited to be guests in the Stuttgart Waldhotel (4 Stars Superior) the whole weekend. It’s located in Waldau but there is a metro station just around the corner and you can hit the city in about 15 minutes with it. It’s great if you arrive by car or if you’re like me a dog owner as they offer free parking and dog friendly rooms. They have 94 rooms and two suites available. The interior is very modern and luxurious. We missed absolutely nothing during our stay. My room was huge, had a nice view into the woods, a very comfortable bed and a great bathroom. I would say it would be perfect for a lover’s weekend 😉

We ate at the restaurant at our first evening and had very delicious food. They offer a nice range from traditional Swabian dishes to modern cuisine. The breakfast was also great and it had everything you can think of including a decent coffee which is hard to get in hotels. Unfortunately I didn’t have any time to check out the Spa area so I can’t tell you anything about that. But if you’re looking for a beautiful quiet place to stay at while in Stuttgart I can recommend the Waldhotel for sure. 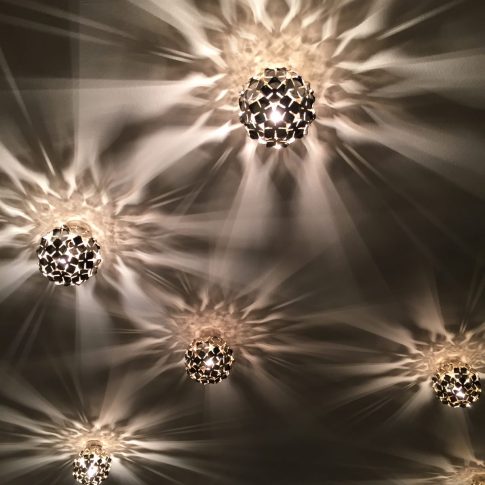 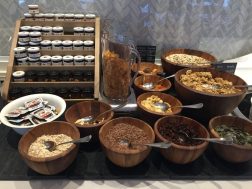 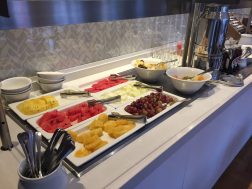 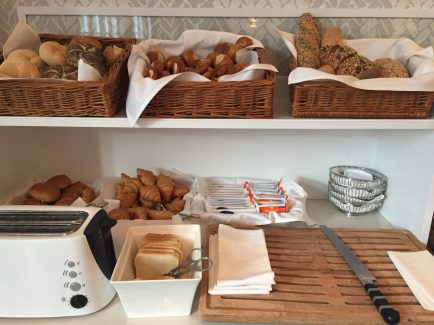 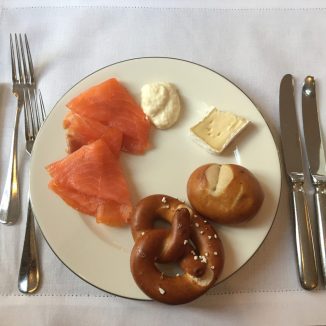 3 thoughts on “A perfect night in Stuttgart”